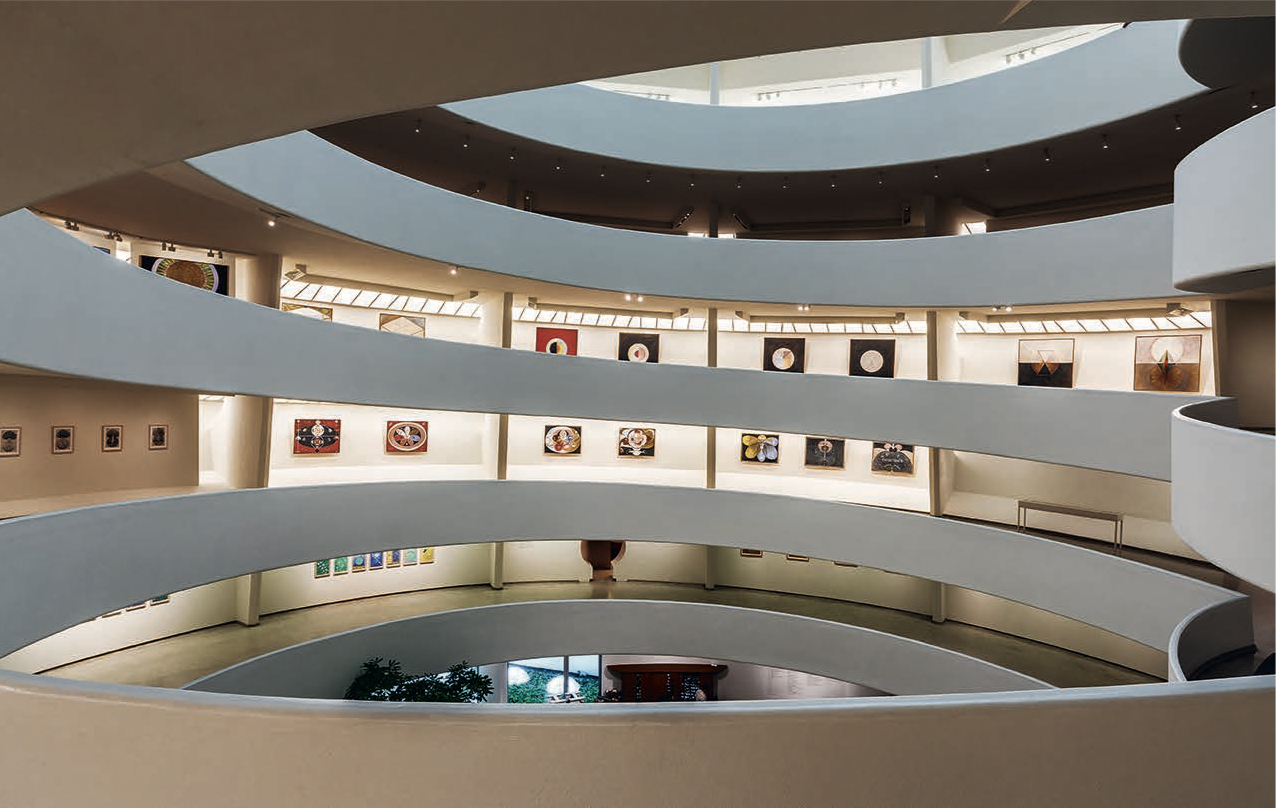 Hilma af Klint’s (1862-1944) paintings were intended to lead the viewer onto levels of awareness beyond those known from two-dimensional illusionism and three-dimensional reality, to allow her glimpses of another universe. She had plans for a spiralling architectural structure that would be built to house The Paintings for the Temple. Her work can today be seen in the light of Linda Nochlin’s 1971 essay ‘Why have there been no great women artists?’ and some of the answers to this question that she provides. Instead of only stressing the autonomous activity of a super-endowed individual, she explores the ‘total situation’ of art making. The work of art, says Nochlin, occurs in a social situation. Only within an institutional structure, determined by specific and definable institutions, be they art academies, systems of patronage, mythologies of the divine creator, or museums, can a ‘great’ work of art be appreciated as such. Posterity for Hilma af Klint does not only imply a new generation of viewers and artist. It implies institutions willing to question a canon in which she has no place.

Daniel Birnbaum (b.1963 in Stockholm/SE) is the director of Acute Art, a VR production company, as well as Professor of Philosophy at Städelschule. From 2010 until the summer of 2018 he was the director of the Moderna Museet Stockholm. Prior to this he held the position of rector of the Städelschule between 2000–2010. Next to his directing of the Städelschule and Portikus, Daniel Birnbaum has been curatorially involved in various biennials and projects in recent years. In 2016, he co-curated Hilma af Klint: Painting the Unseen at the Serpentine Galleries in London and Hilma af Klint: Possible Worlds in 2017 at the Pinacoteca in São Paulo in collaboration with the museum’s director Jochen Volz. Daniel Birnbaum joined the Hilma af Klint Foundation as an adjunct member of the board and special advisor for international programs. He is a contributing editor of Artforum and he has published numerous books and essays on philosophy and art, both in the framework of Städelschule and Portikus, as well as external engagements, including The Hospitality of Presence: Problems of Otherness in Husserl’s Phenomenology (1998), with Carsten Höller the book Production (2000) and Chronology (2005).